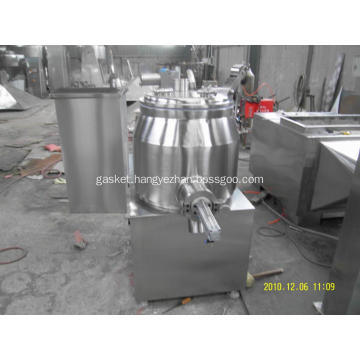 Coffee Rapid Mixer Granulating Equipment is a highly versatile mahcine suitable for dry mixing and wet granulation in the same bowl and in short time cycle. Being a manufacturer, we manufacture machines which complete the operation within 10-30 minutes. Rapid Mixer Granulator is designed to meet special needs of tablet manufacturing technology. This is achieved by reducing processing time, more homogenous mixing, Uniformity of Granule size and above all maintaining improved hygiene compliant to GMP norm. 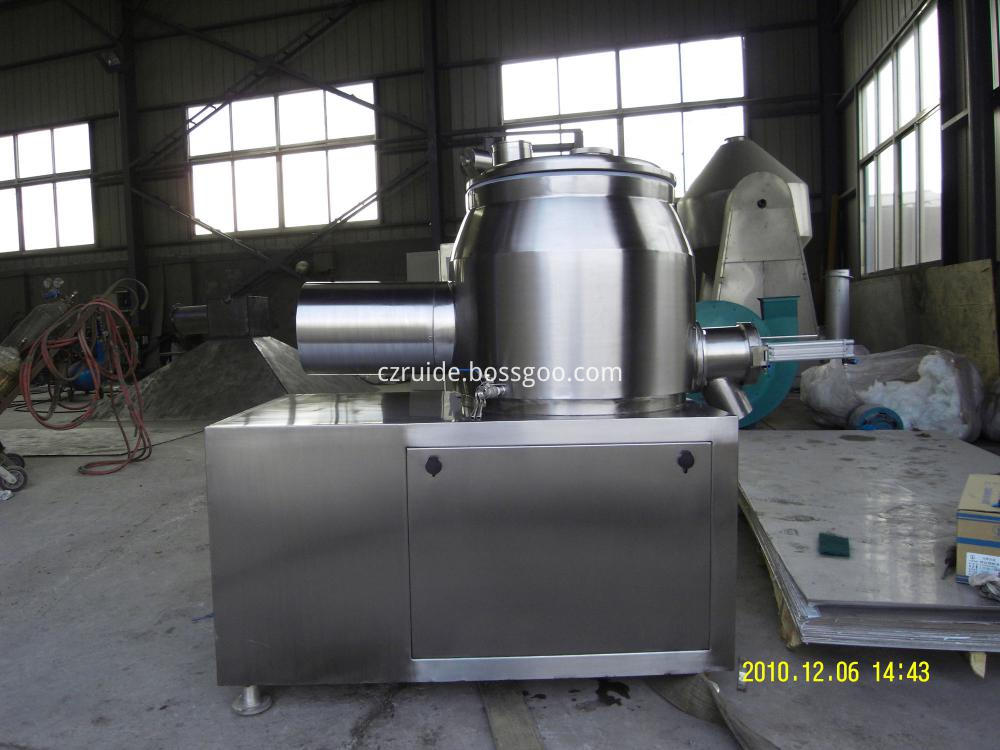 The Mixing Bowl is cylindrical with a large diameter and flat base. The Top portion of the bowl is conical in shape to assist circulation of cohesive powders. The Bowl is fabricated from S.S. 316 Quality Stainless Steel with all internal and external surfaces polished to mirror finish.

MIXING BLADE:
Mixing blade consisting of two Nos. full and two Nos. half blades specially designed for intense mixing. The angles of the blades are such that half blades lift the material and full blade pushes the material. Continuous action of this with the different ingredient immensely mixes thoroughly with homogeneously. Mixing blade assembly is mounted on main shaft with separate bearing housing which fully eliminate any chance of cross contamination of product with any lubricants. The upper portion of the housing contains specially designed Teflon seal along with air purging facility. Lower stage housing contains bearing along with oil seals that make it completely leak proof.

GRANULATING BLADE:
A high speed Granulator is inserted horizontally through the wall of the bowl to assist blending of powder and to break the lumps of the products in to granules of required sizes. These lumps are formed while wet mixing.

DISCHARGE VALVE:
Machine has a side discharge outlet with pneumatically operated. The discharge valve is exactly matching the profile of the intervene bowl with perfect sealing arrangement. Pneumatic cylinder housing is specially designed with swivel type arrangement, which helps for easy cleaning. Safety interlocks are provided to discharge valve as well as top lid with limit switches.

Changzhou Ruide Drying Engineering Technology Co., Ltd. is a professional manufacturer of drying, mixing, granulating and grinding equipment. Our firm has strong technical force and adopts CAD system, with a modern workshop. Our company is located in the economic center of Yangtze River Delta - Changzhou. Our company has a large-scale manufacturing site. The engineers and technicians account for more than 70% of total staff members. In accordance with the national GMP standard, Our company has a professional team with support from Tianji University, Dalian university of technology and many other famous universities. We keep up with the latest international development within our scope and advocate scientific orientation. Our company is possessed with excellent means of detection and advanced conception of management. We can meet the requirements of domestic and international customers. The production of our equipment conforms strictly to the ISO9001 international quality management system. Their successful application is in the scope of pharmaceutical,chemical, foodstuff industries and so on, which has achieved the internationalization of the product quality. The honest and practical conduct of enterprise, excellent product quality, precise follow-up maintenance service and excellent after-sale service have gained us market and credit.

Email to this supplier